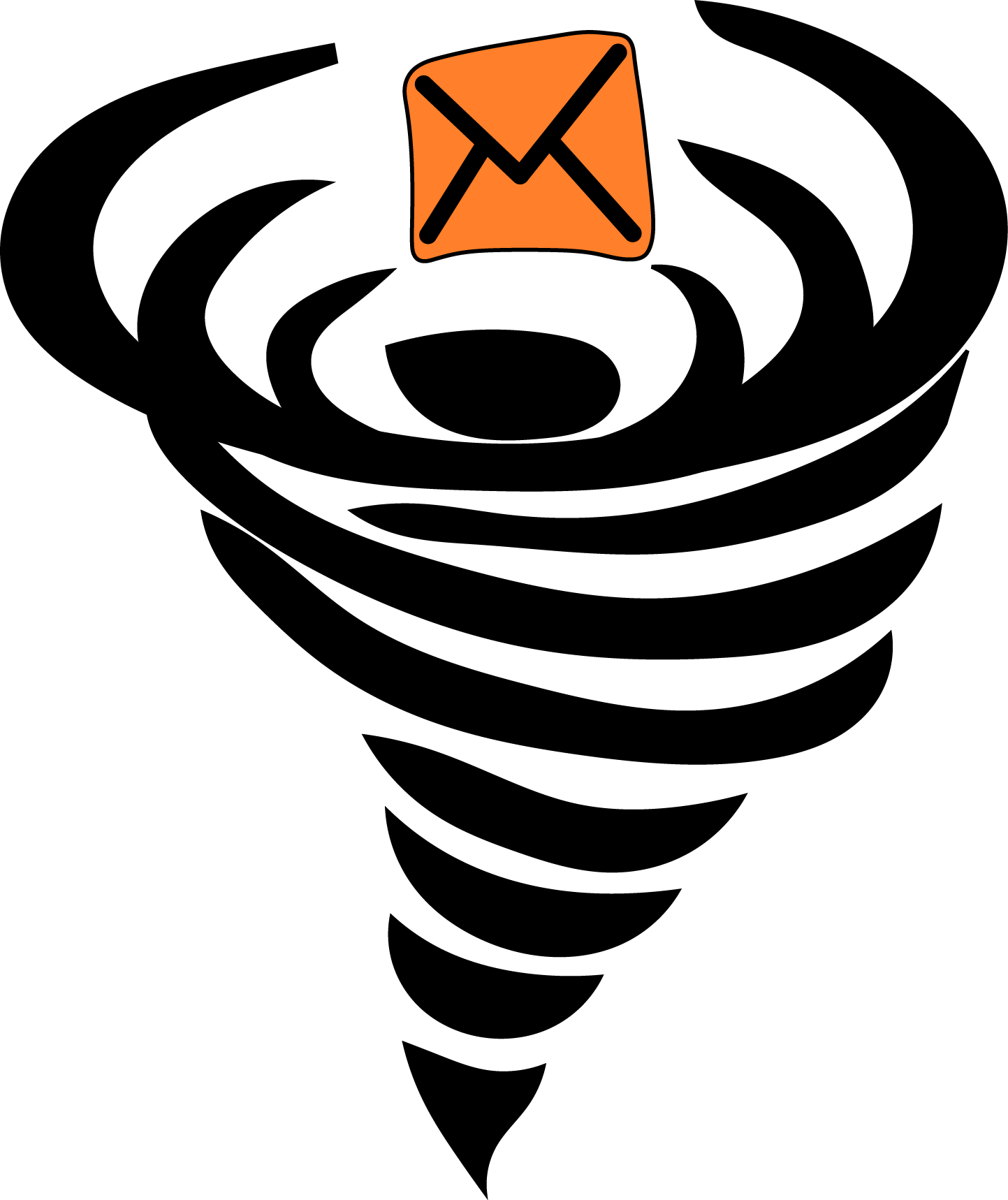 MessageVortex is a protocol which is aimed to maintain the anonymity of sender and recipient of a message towards third parties. In academia, this concept is called unlinkability. Unlike other protocols, it does not provide its transport protocol. Instead, it hides in common transport facilities such as email (SMTP/IMAP) or chat (XMPP).

The protocol does provide the unlinkability by chucking the original message into pieces. Then it is passed from node to node. On each node, we apply operations very similar to the ones used in fault-tolerant disk systems. Any VortexMessage no matter how big or small may carry parts or the full message. In one routing node (the recipient) the message is assembled and thus readable for the recipient. We refer the whole routing process onionized mixing. "Mixing" is not entirely accurate as the protocol does more. It adds redundancy information to the protocol while sending the message in chunks. This redundancy makes it next to impossible for someone to follow the message flow.

It is not possible to observe a sender by design with the MessageVortex protocol.

As there is no internet infrastructure required! Anyone may start using th protocol immediately.

No server knows where messages pass through. Everything is under senders control.

A Routing Block Builder (RBB; typically the sender of a message) has full control over the security of a message.

No necessity for simultaneous upgrades

Every node or endpoint has its own unique properties. Not upgrading may endanger the nodes security but does not affect the MessageVortex network.

Even a device as small as a RaspberryPi Zero W may run a VortexNode.

Why should we use just another protocol?

What is so special about the protocol you might ask. First, it has some unique properties because it hides within other protocols. Therefore, all "ordinary users" of the protocol do improve hiding as they increase the mass to be analyzed. Another unique property is that it relays not on any trust into a central infrastructure. In fact, we assume malicious nodes. Third, any message transferring account may be used to send VortexMessages. No need to build specialized servers. A smartphone or an ordinary PC can do it.

Where should I start?

Currently published is only the draft of the RFC document some academic work and an executable binary. If you are interested in the projects source code, feel free to contact the website owner. It should be released, but at this point, the code is still in desperate need of some massaging. There is already a working (but not yet complete) implementation for academic experiments available.

Just give it a try.

Until the end user version is released, feel free to read the RFC draft or the other docs. They are becoming more and more stable. The protocol may be considered as final.